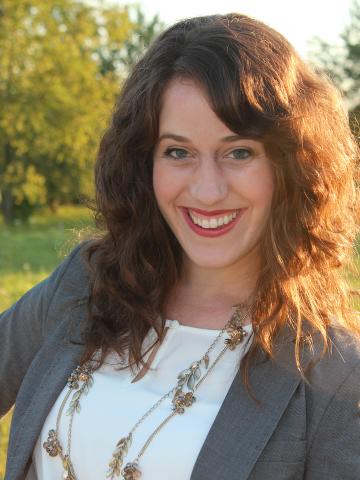 Katherine loves swimming, running, and cycling, especially when there is brunch or beer at the end.

Performing nationally and abroad, her operatic roles include Dorabella (Cosi fan tutte), Meg Page (Falstaff), Mrs. Noye (Noye’s Fludde), and Mrs. Anderssen (A Little Night Music). She has been a soloist with the Theater Herblay Roger Barat in Herblay, France in their productions of Zanetto by Mascagni and Abu Hassan by von Weber. Solo work includes performances with the Southwest Michigan Symphony Orchestra and the Kalamazoo Bach Festival Chorus. Katherine performed throughout Europe and Africa as a member of the World Youth Choir under the direction of conductors such as Peter Dijkstra, Gunnar Eriksson, and Bob Chilcott. She also represented the United States for the World Youth Choir’s 2011 Nobel Peace Prize Ceremony performance under the direction of Greta Pederson. Katherine has been a finalist in the Bach Young Artist Competition as well as a multi-winner of the National Association of Teachers of Singing competition.

Currently, Katherine is the director of choirs for Lakeshore Public Schools, where she conducts four secondary school ensembles, heads the musical theater program, and instructs music theory. In addition, she has conducted the Collegium Musicum of Western Michigian University, the Lake Michigan College Concert Choir, and prepared choruses for the Southwest Michigan Symphony Orchestra.