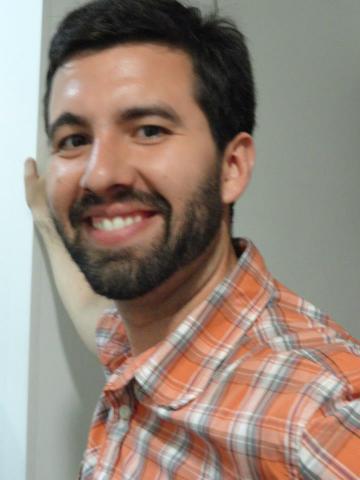 In his free time David follows his other passions—books, kayaking, and wine.

David is a citizen of the United States of America, born in the state of Michigan (city of Lansing). Like most others in his country, David has a diverse ethnic background that includes Peruvian, Swedish, Irish, and German lineage. Having already visited both Sweden and Germany, David hopes to one day soon visit the Peru and Ireland

Currently 28 years old, David has been a music teacher in Michigan for the past five years; first for Eaton Rapids in central Michigan, and then Traverse City in Michigan’s northern region. As a choir director for Traverse City this year, David was lucky enough to take them on a singing tour to Austria, Slovenia and Croatia. It was a wonderful and fulfilling experience, and he hopes to have many tours as a director in his future. A portion of David’s teaching day also includes introducing beginning music to four and five year old children.

While he greatly enjoyed being an educator and working with younger students, David has recently embarked on a new life journey. In the fall of 2015 he will be moving across the United States to the state of Texas and beginning graduate choral conducting classes. After two years, he hopes to use his new degree to pursue exotic jobs, including those in other countries, particularly at American Diplomatic schools.

David would like to thank his family and friends for their support throughout the years. In particular, his mother Susan and his father Michael. Without their help, it is unlikely that David would have been lucky enough to be a founding (and continued) member of the Time Ensemble.