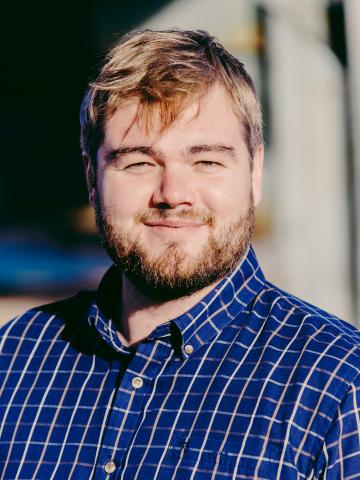 Scott has not grown since he was 13 years old... with the exception of his beard.

Scott Reimer is a choral professional who is known to his peers as a versatile “chameleon”, having grown up in a highly musical family. Since moving to Winnipeg (the longitudinal centre of Canada) from his home village of Gretna, he has enjoyed a wealth of choral experience having sung with many premier choirs, most notably the Winnipeg Singers, Canzona, Polycoro, Camerata Nova, the National Youth Choir of Canada 2008, and the World Youth Choir 2009/2010/2011.

Scott began his career as a choral director when he conducted his church’s men’s choir at the age of 22. From there, he proceeded to conduct within the Prairie Voices Inc. organization for many years, playing a prominent role in founding and establishing their second choir, Horizon. He had the honour of guest conducting the Vancouver Chamber Choir in 2013 and continues to pursue the creation of meaningful choral experiences for those in his community, including his work as a high school choir teacher and clinician.

In 2008, Scott founded the Winnipeg-based a cappella ensemble, Antiphony, whose second album featured several of his arrangements and was nominated for multiple Contemporary A Cappella Recording Awards. His unique arrangement of Michael Jackson’s Billie Jean has been a particularly notable achievement in this pursuit. In addition to arranging a cappella choral music, Scott is also an award-winning choral composer whose primary work entitled Humpty’s Tragedy is a clever elaboration of the classic quatrain.

Scott is elated and blessed to be singing with Time Ensemble this summer!